Skip to main content
Free P+P for 2 packs or more use code: VIABLEPP

In October 2020, three creative comms professionals based in Scotland - whose livelihoods are built on theatre and live events - joked on whatsapp ‘whoever designs a festive card saying "it’s all cancelled" will make a mint’.

Three weeks (and much number crunching) later, making a mint is off the cards, but raising awareness and some funds for artists is ON. 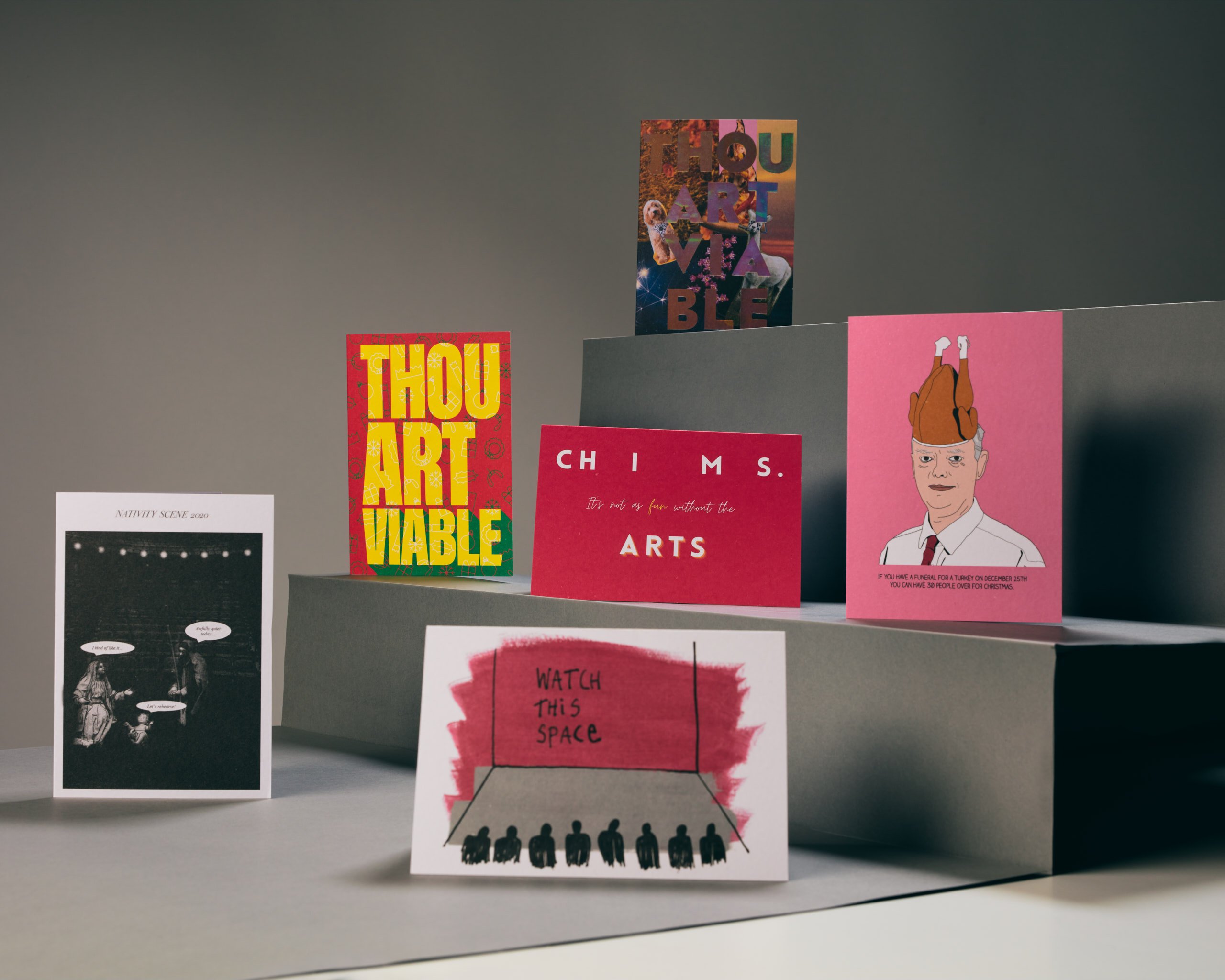 Cards will be posted out the end of each week through November and December. Last post will be Friday 11 December. There is a limited number available.

All the artists are paid and any profits will be split between culture support funds ExcludedUK, Eclipse Theatre and Black Womxn in Theatre’s #allofus campaign.

Big thanks to Allander Print for their support!